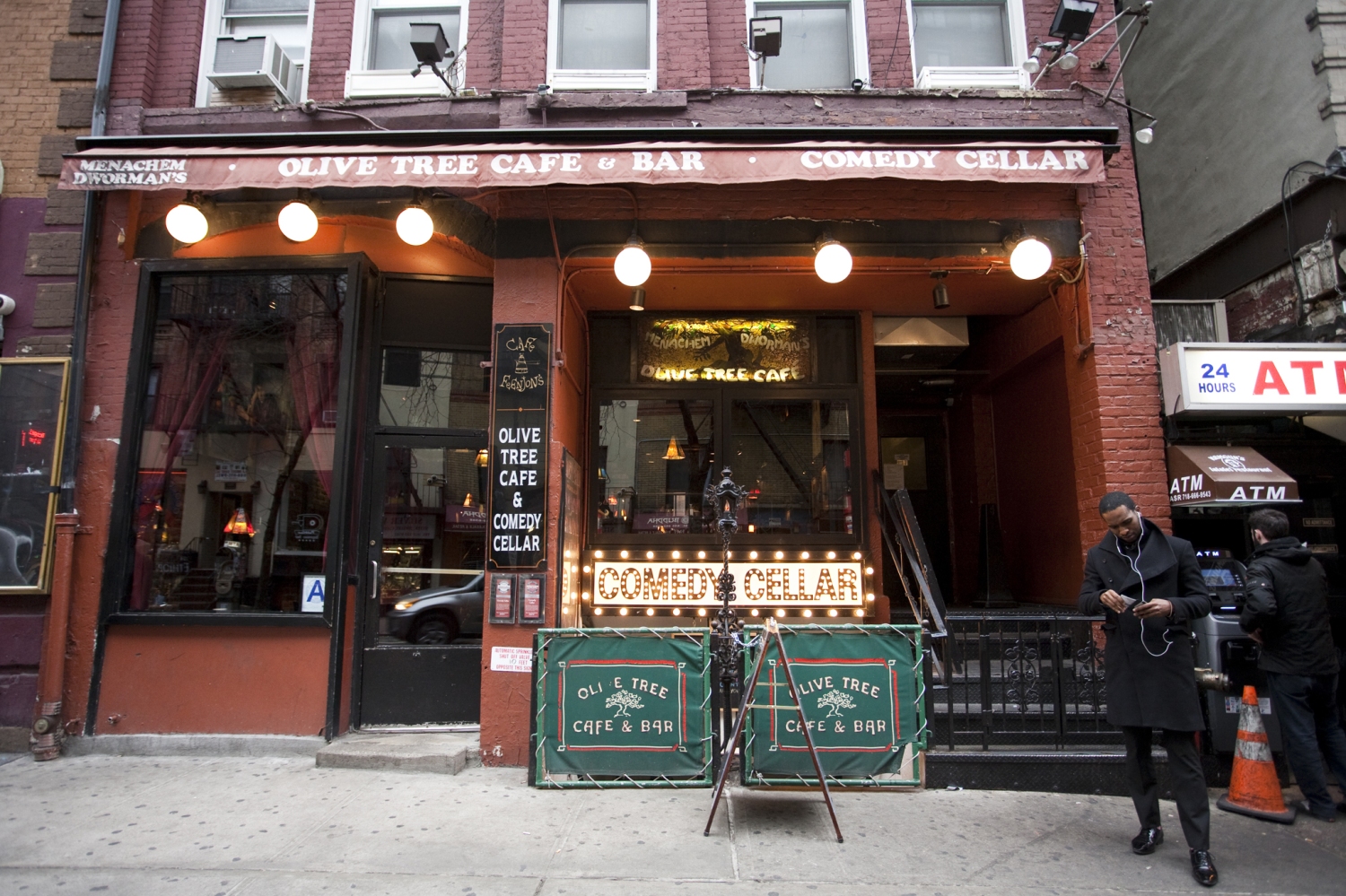 Before heading to New York, my dad reached out to one of his friends who has a son living in New York. I reached out to M who graciously invited me out to join him and his girlfriend at The Comedy Cellar.

“What are you doing Monday? M asked.

“Conference in the morning, nothing really at night,” I replied.

“If you’re not busy, we’re going to my favorite New York venue. The Comedy Cellar. It’s a little place down in the west village. A lot of great comedians got their start, and you never know who’ll show up and stand up.”

After a day of meetings, I scrabbled into a cab to make my way to the East Village. I watched the minutes rush by as the pedestrians sped past my cab. My spazzy side was freaking out. At 7:22 the cab arrived outside a modest looking venue on a cobblestone street. To the naked not-local eye, The Comedy Cellar is invisible. It’s a place you wouldn’t know what to look for unless you knew exactly what it is you’re looking for.

M and J, were across the street having a beer at a place I only imagine to be named the Rabbit Hole. A place I presume many have fallen down the rabbit role.

At 7:28 we were ID, ushered in, and given a lecture on the probation of cell phones in the club. The hostess showed us to our seats. To my surprise sitting was family style. Our seats were cozy, and I enjoyed making new friends (by that I mean eating their truffle fries).

At what I presume was 7:30 ( I don’t know as my phone was locked) the show started. The host was none other than “Stand up NBC” winner Jon Laster. The night’s other comedians were a shit mix of Hillarious, Awkward, OMG, LOL funny, and ARE YOU FUCKING KIDDING ME!!!???

The surprise proverbial icing on one hilarious night at the comedy cellar was a surprise performance by the one and only Louis C.K. (Who just happened to be in town to host SNL.)