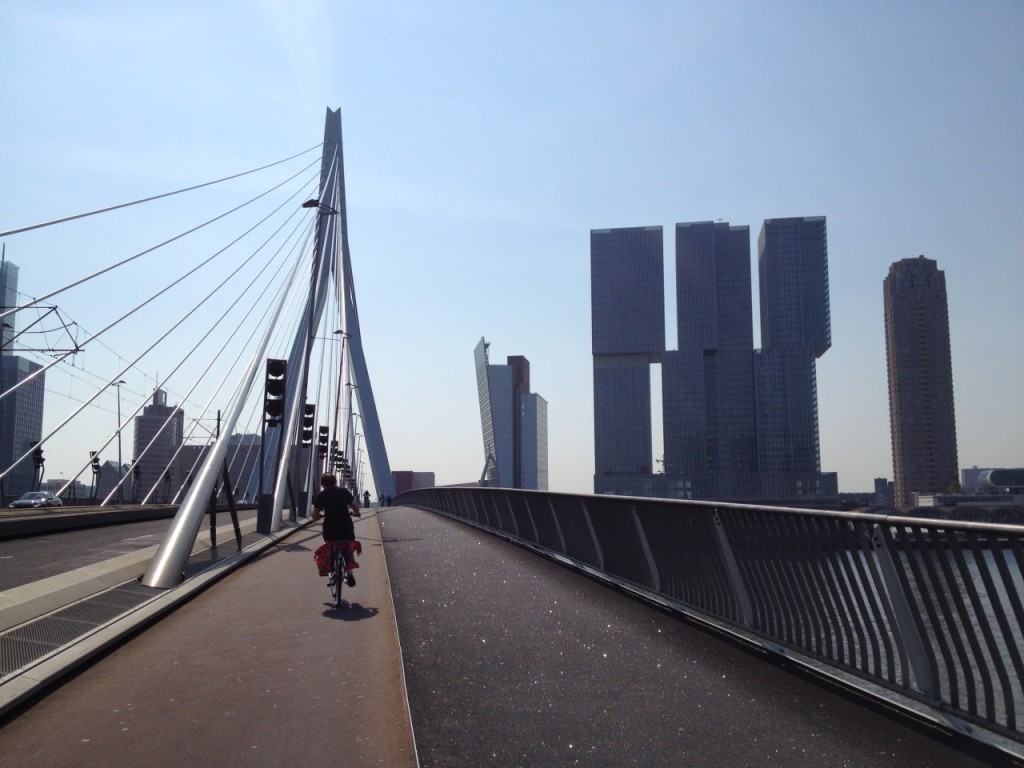 Travel Fit. When on the go, finding a gym, a running route, a workout buddy, or a fitness class lead in a language you can understand can be a challenge. Luckily, with so much to see and discover in a new city, it’s easy to turn a day of sightseeing into a fit day of adventure. Recreational cycling is low impact and burns an average of 350 to 450 calories an hour.

A little cranky, being forced to miss my workout. My gracious boyfriend figured a plan for me to “fit in” a workout while seeing the sights. T took his newfound responsibility of “showing me Rotterdam” on a self-powered transport device seriously. 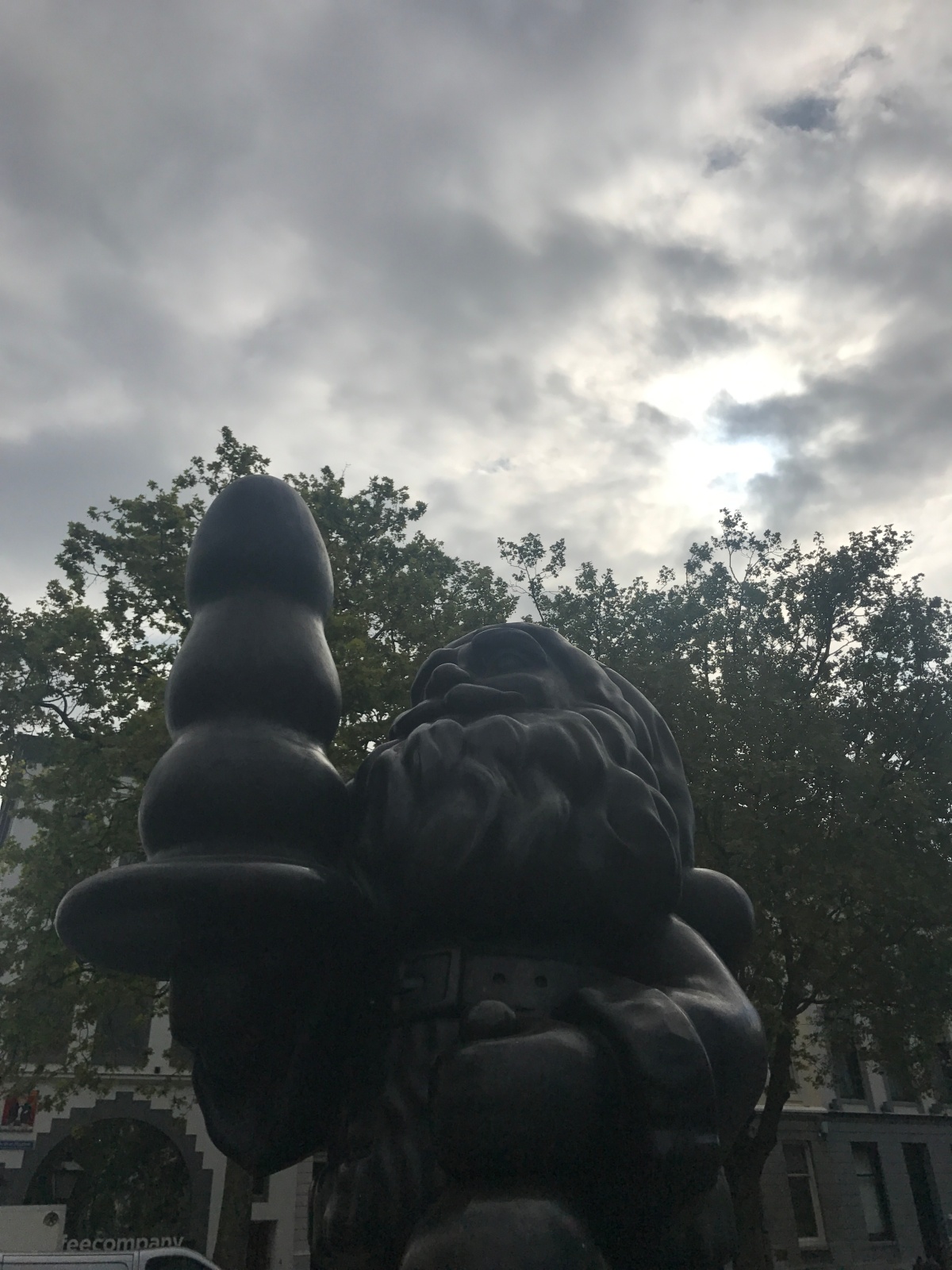 By bike, T, lead me through, around, across, under and over all of the marquee sights of the city. We started our cycle by heading to Rotterdam Central Station, from there peddled to Delfshaven the old inner city harbor (first stopping at the giant plug) before we peddled over the Erasmus Bridge and stopped for lunch at Hotel New York. 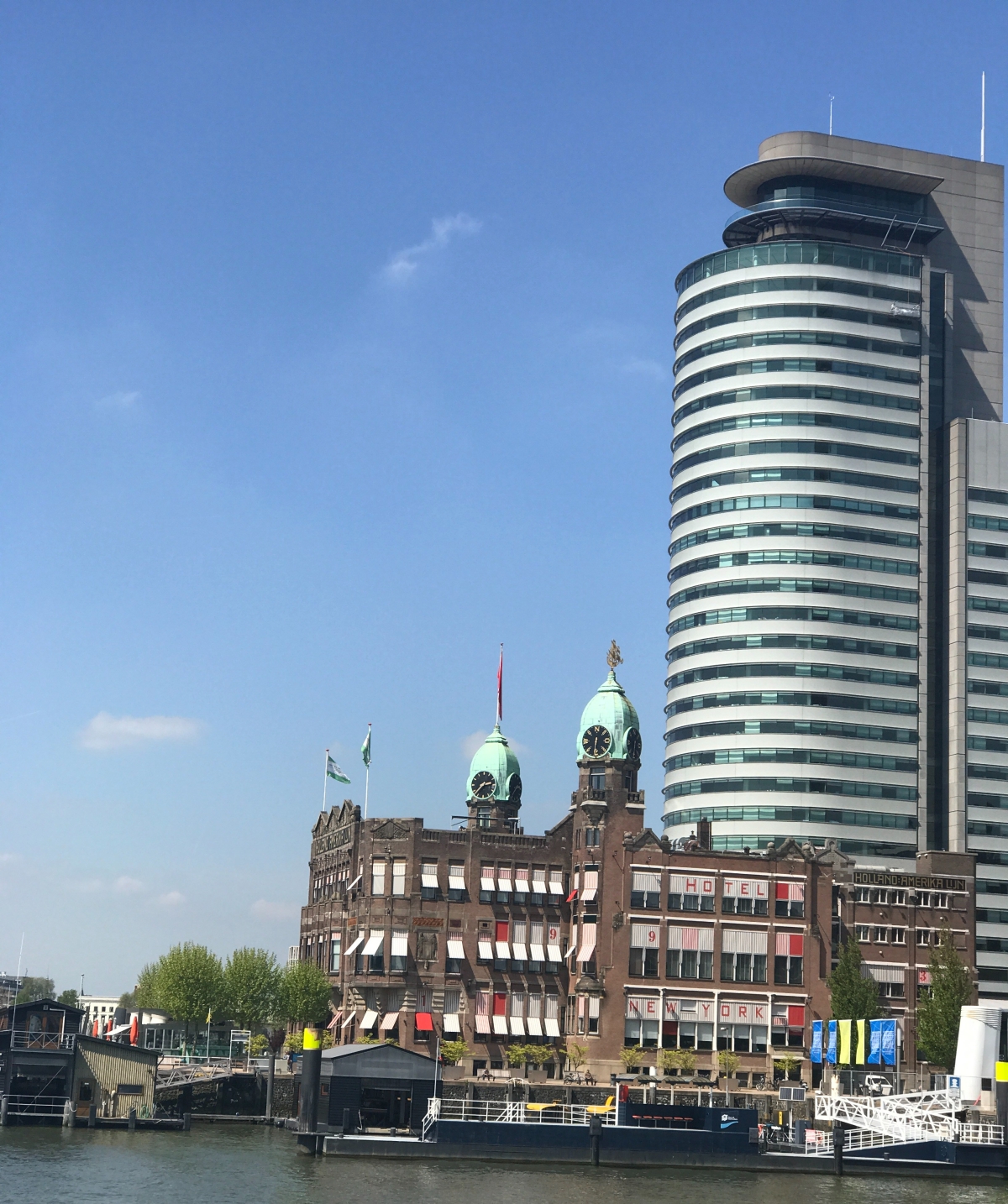 After lunch, the cycle tour continued. We made the excursion to the SS Rotterdam. The giant ocean liner was the flagship vessel in the Holland America Line. Inside, the ship has been refurbished to its mid-century glamour. 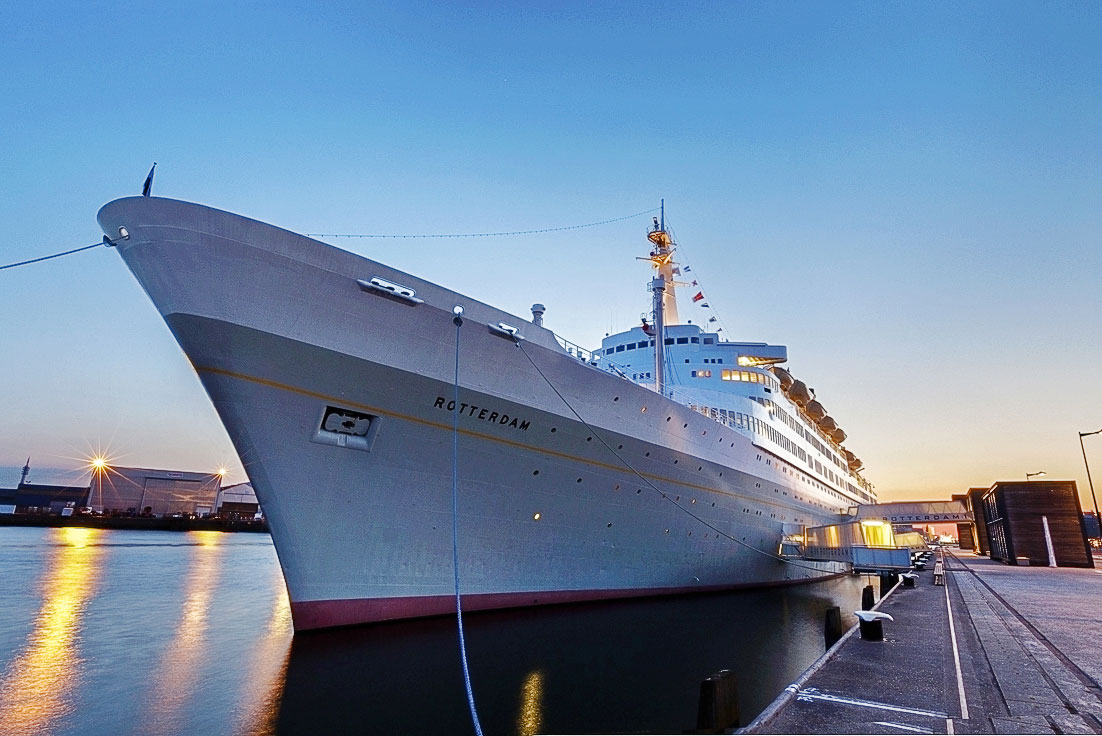 With a tight schedule, there was no time to dawdle. Next up, it’s under the Maastunnel we go. I braced myself on the escalator I struggled to balance the bike as we made are under the Maas river on an ancient wooden escalator. Construction of the tunnel began in 1937 and reached completion in 1942. Despite the city being heavily bombed, the Maastunnel survived. Each day in Rotterdam over 4,000 cyclists make use of the tunnel. 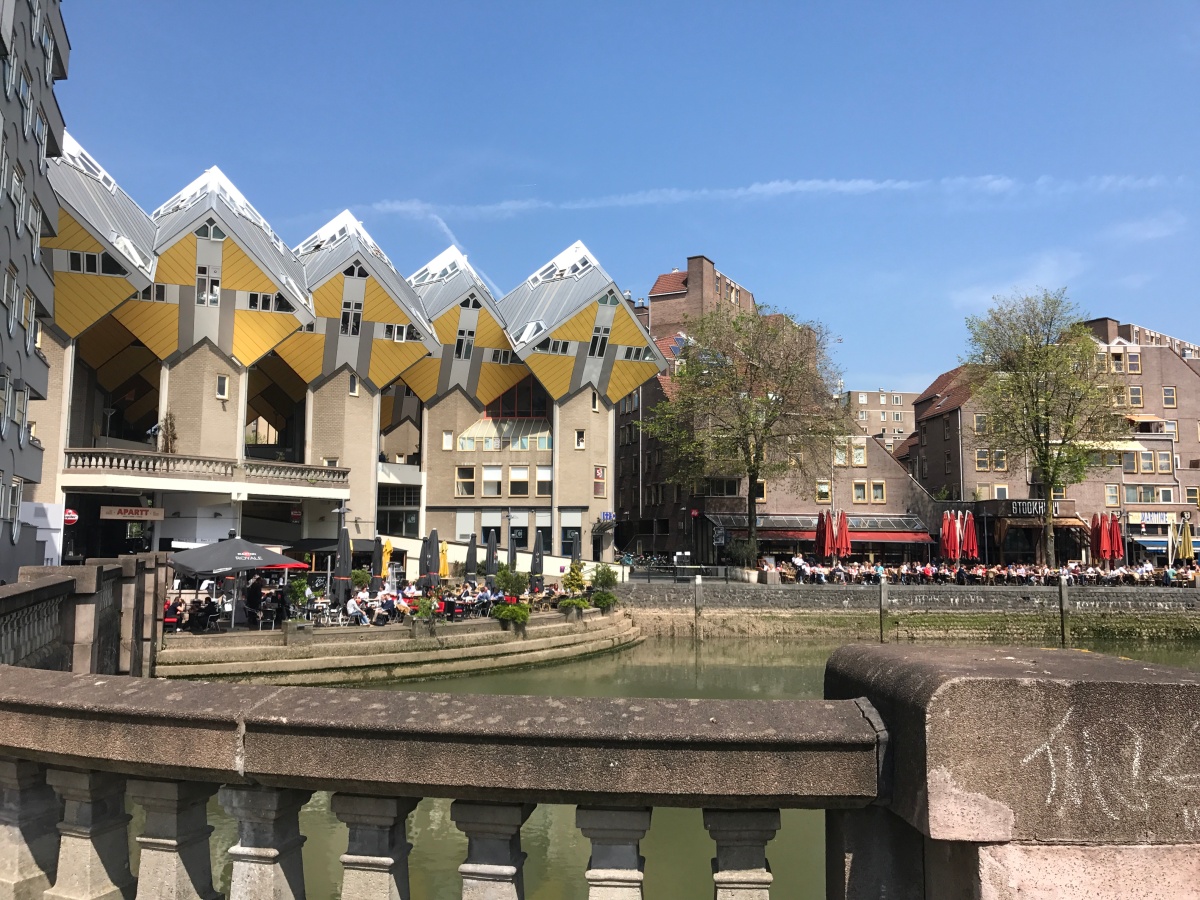 After peddling the half kilometer underwater, we emerged back on the downtown side of Rotterdam. With the intention of heading downtown (after a quick pit stop at the Euromast) to see the fire line,  the post office, the cube houses, the Laurenskerk  Church (believed to be built in the 1500’s the church is the cities only post war surviving gothic building.) 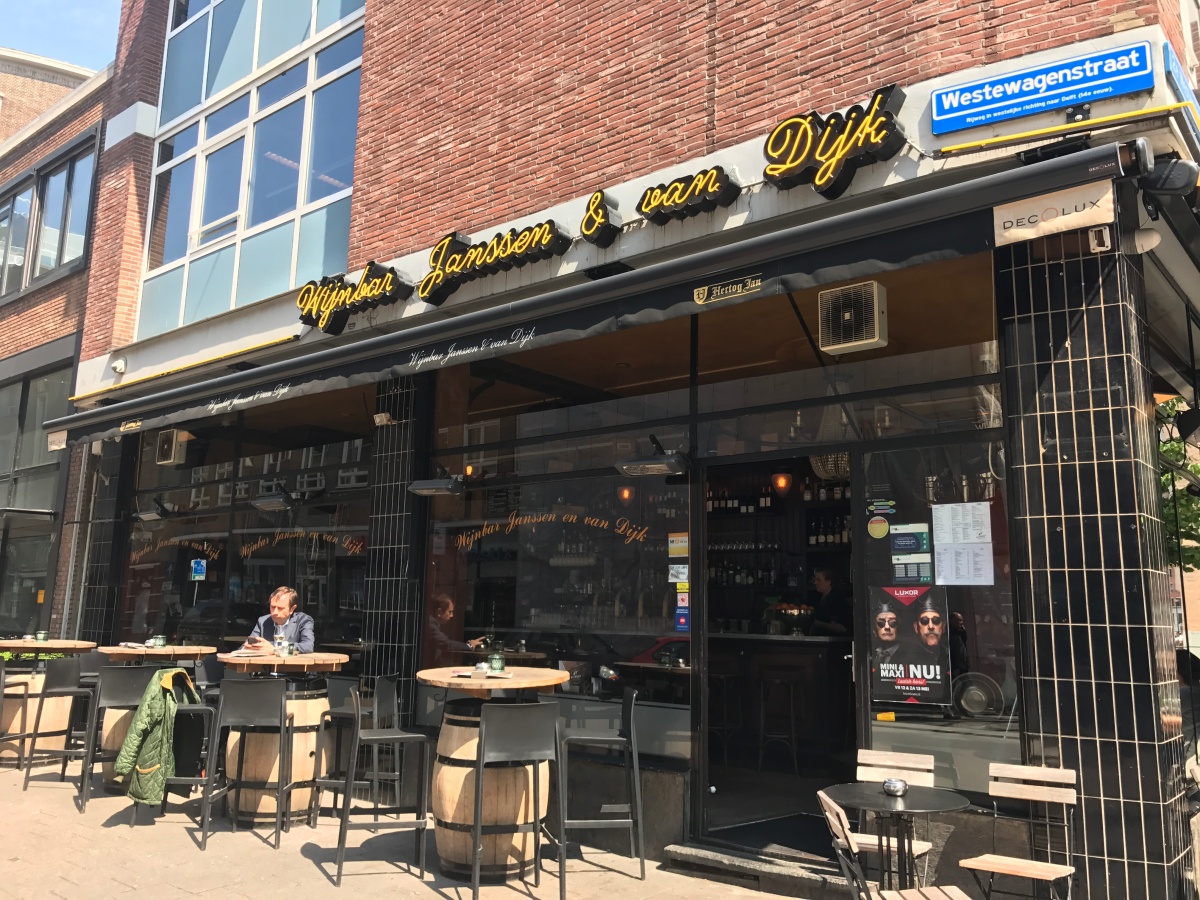 The final stop on our tour was for a glass of wine in a downtown courtyard by De Meent street.

My eight-hour “private” bike tour was both exhausting and empowering. I was given a crash course on Rotterdam history. For those of you looking for an active way to explore the city, consider a bike tour. seeRotterdam offers custom and pre-packaged biked tours that will give you an insiders look at both the modern and historical elements of the city.