Our trip to India was built around a wedding invite. I had never been to an Indian wedding. I was promised that an Indian wedding would be unlike anything I had ever witnessed before. Which, I admit it was.

After the ring ceremony in Delhi, the entire wedding party traveled by train, and plane, to the groom's hometown of Nagpur. The orange city (Nagpur is famous for oranges) would host the next three days of festivities.

A driver from the Tuli Imperial Hotel picked us up at the Airport and carried us to the hotel. As we flew, we beat the groom and his family. They had elected to take the night train. We were greeted at the hotel by a very organized young man in civilian clothes. At first, we figured he worked for the hotel, we later learned he was a good friend of the grooms. For the wedding, his assigned vocation was ensuring rooms were organized. 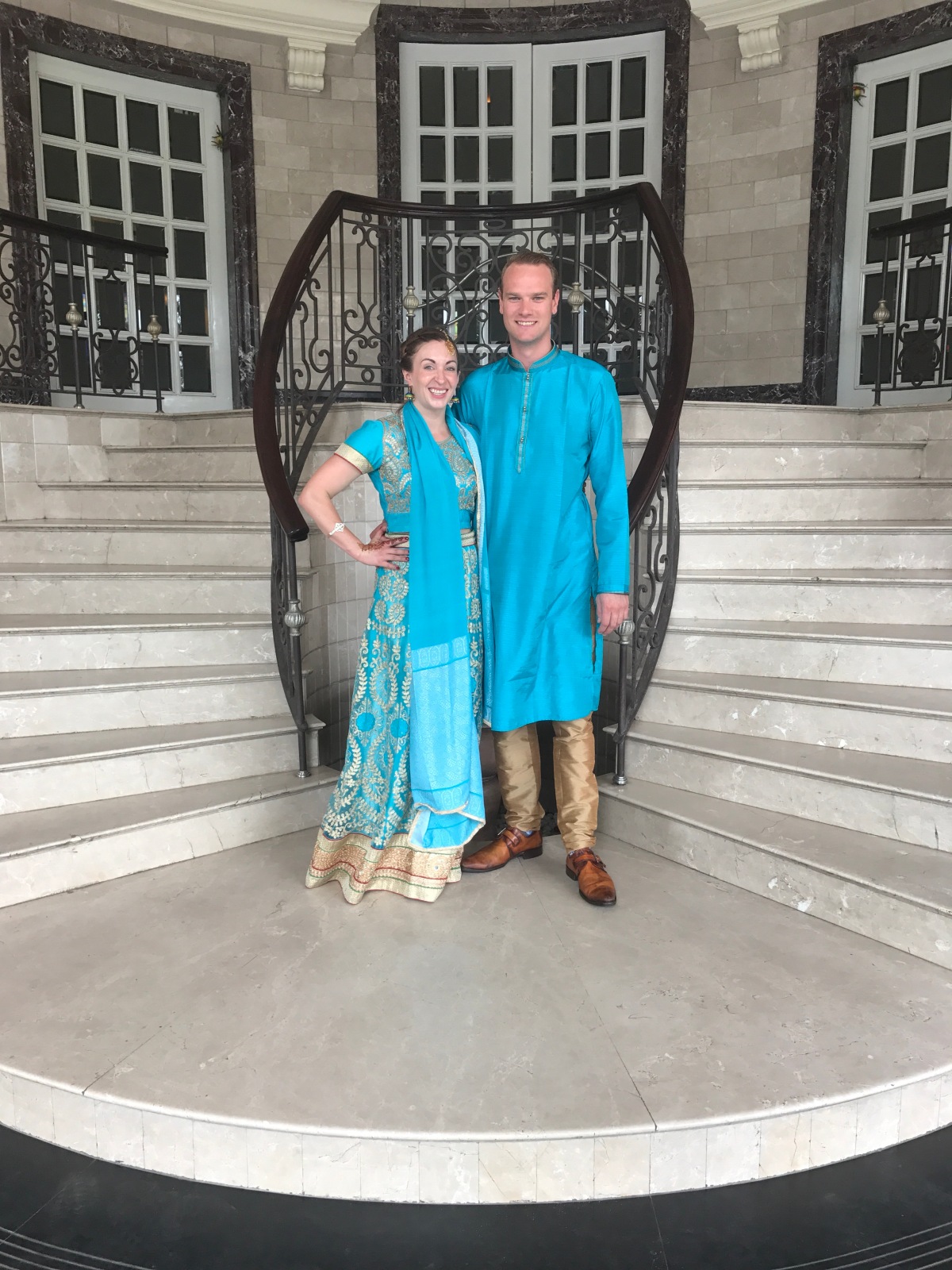 Checking in, we were once again "laid" with flowers. The hotel was a vast improvement from the Nanuk Regency. Our room featured a giant tub, king bed, and comfortable seating area. Personally, I was ecstatic to see that the hotel a gym (complete with a massage chair).

After a delicious lunch, and workout, we were told to be ready at 6 pm for the nights "grooms" party. It's a tradition that each side of the partners "to be" to throw their own party. The groom's parents would be hosting a reception for just their guests, while the brides family would have their own version of the same soiree. At 6, T and I were dressed in our traditional wear. We were the party. The room was vacant. A little confused we headed down to the bar for a beer. At 7, we ventured back to the banquet hall…still no one. Another beer, another hour. At 8, we tried again. We were still first to arrive, yet others quickly followed suit.

As the old auntie entered, my hair was pulled. Literally. I couldn't quite figure out how to properly braid the hair thingy they gave me. I was seated down next to the "Mandi" girls, who corrected my braid. As luck would have it, being early positioned me perfectly to have my hand painted with henna. The girls have the art down.

As the Mandi party got started, the girls of the family took to song. In their native Punjabi, they teased their spouses through lyric and dance. It was fun to clap along and laugh with what felt like family.

That night, the food was incredible. I had second helpings of the vegetable jalfrezi (sooo good). T, tried something new, liver and goat balls. After filling up on mains, we were lead to the desserts. The pastry chef was making Jellabies live.  T gave himself a bit of a sugar rush from the Indian Sweet. Personally, I preferred the Indian ice cream (Kulfi). 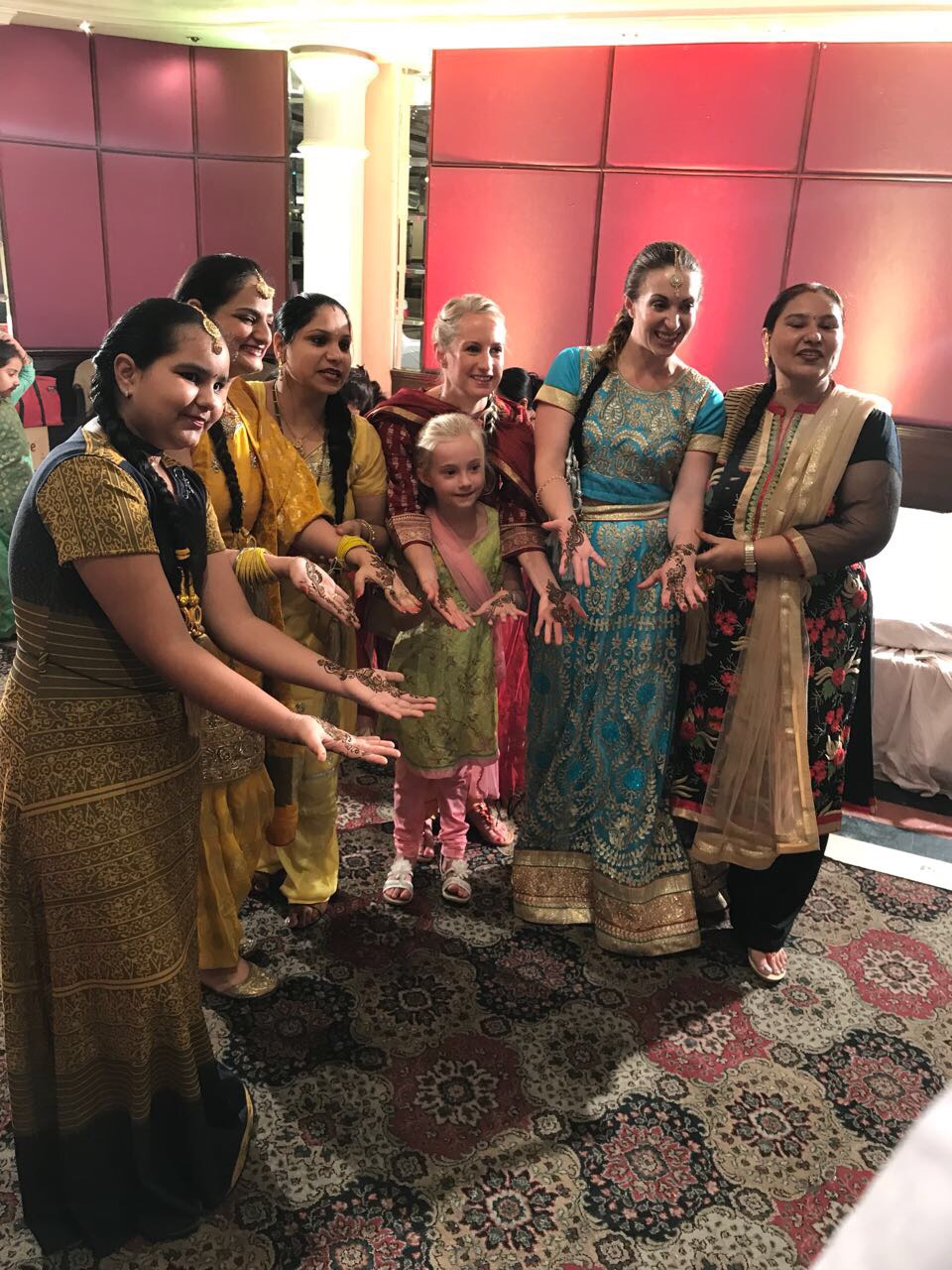 After a night of singing, eating, and dancing we were off to bed. Tomorrow morning, we'd be headed to the Sikh Temple for another tradition.